You can view the rest HERE @

You can find the rest HERE at

I know the logical one (that's been done) is a Dr. Who one, but think about Dr. House and all his sarcasm treating patients in therapy. I would love to see an episode with that, even if only as a spoof. And Julianne would be his perfect patient imo.

This comm is deader than a doornail, but I thought I'd post these nominations, since they'll be the last ones the show gets, AFAIK. The awards will be televised on the CBC this Sunday, March 3rd, from 8-10 pm Eastern.

(Will add in links to the nominations page later, so as to not get stuck in the moderation spam folder)

Best Performance by an Actress in a Continuing Leading Dramatic Role
Being Erica - Please, Please Tell Me How
CBC (CBC)
Erin Karpluk

Guys, I wrote another "Being Erica" fan fiction! You can read it HERE!

Hi guys! I wrote another Being Erica fanfiction, wich is a continuatin of my first. You can read it HERE!
This image complements the story. I'm terrible at photoshop, but at least I tried xP 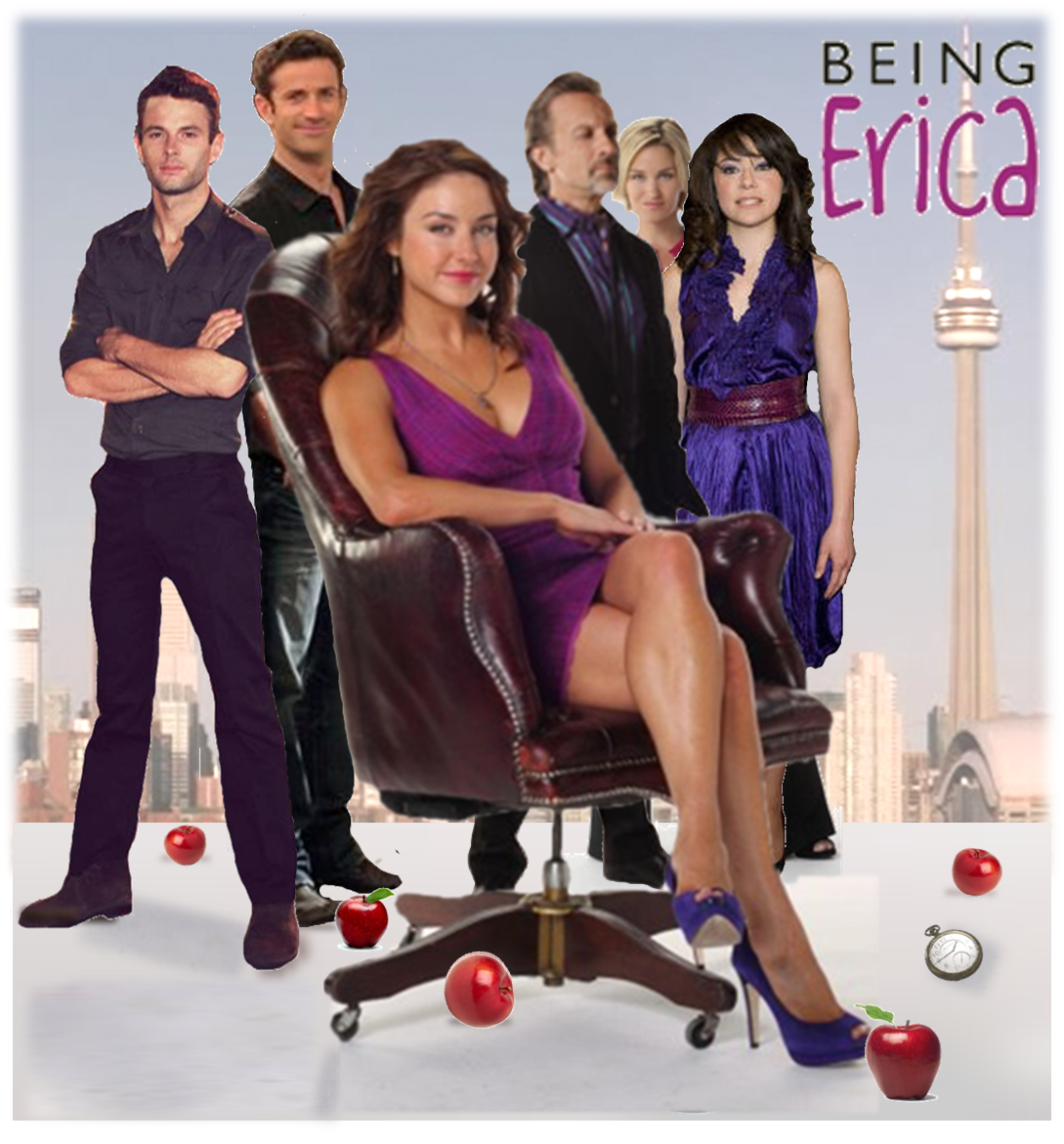 I invite all the Being Erica fans to read my fanfiction HERE!

And here is the video recap I made.

Obviously the logical reason is footage being reused or something along those lines but I actually can't place an episode where they were wearing these outfits which makes this kind of weird??

A couple of weeks ago, we had the chance to interview Sebastian Pigott and his Brother Oliver during their tour in Europe.
We talked about their music, their career and of course Being Erica.

3xcusemyfrench: Let’s talk about Being Erica and your role as a rock star. How did you prepare the role? Was it easy or not because as you’re a musician, how difficult and how far are you from the character of Kai?

S: Well I think there’s certain parts of the character that I get for free, because I’m a musician. And then there’s other parts that were much harder, for example when I started playing the role of Kai I was 26 and he was 32. Even though he’s in a young man’s body, he’s older. And so that part of the character was very important to me and I had to figure out how, you know. What’s that like? How is that different from me? And so there’s only certain parts of myself I could use and then there where other parts- and also he was a drug addict, he was an opium addict which is of course completely foreign to me, I’m glad to say. So when I first started on the character he was a very different man from when I finished with the character. And in the beginning I had to work on what that struggle was like, and he was much darker and he was in need of help. And in many ways he was younger than me because he was so spoiled because he was a rock star and used to getting everything he wanted and he was in a really bad place. So, I played him as a cross between someone much older than me and someone much younger. You know, but in many ways… he’s me. He’s just some parts of me and not other parts you know?